Fellow of the Royal Society of Chemistry 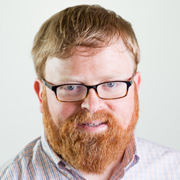 In 2001, Chris moved to Albuquerque, NM to work as a postdoc in Multi-scale Materials and Molecular Biology Simulations group at Sandia National Laboratories with Gary Grest, Mark Stevens and Michael Chandross. In Dec. 2005, Chris moved to Ames, IA where he worked as a research fellow in the Physics Department of Iowa State University and Ames National Laboratory with Prof. Alex Travesset. Chris was appointed as a lecturer in the Department of Engineering at King’s College London in May 2007. He then joined the Department of Physics in January 2011.

I am currently teaching the following modules:

Bio- and Nanomaterials in the Virtual Lab: A Master’s level module in which we discuss and practice various simulation methods used to simulate the behaviour of bio- and nanomaterials.