Social media has been on the vanguard of political information diffusion in the 21st century. Most studies that look into disinformation, political influence and fake-news focus on mainstream social media platforms. This has inevitably made English an important factor in our current understanding of political activity on social media. As a result, there has only been a limited number of studies into a large portion of the world, including the largest, multilingual and multi-cultural democracy: India. In this paper we present our characterisation of a multilingual social network in India called ShareChat. We collect an exhaustive dataset across 72 weeks before and during the Indian general elections of 2019, across 14 languages. We investigate the cross lingual dynamics by clustering visually similar images together, and exploring how they move across language barriers. We find that Telugu, Malayalam, Tamil and Kannada languages tend to be dominant in soliciting political images (often referred to as memes), and posts from Hindi have the largest cross-lingual diffusion across ShareChat (as well as images containing text in English). In the case of images containing text that cross language barriers, we see that language translation is used to widen the accessibility. That said, we find cases where the same image is associated with very different text (and therefore meanings). This initial characterisation paves the way for more advanced pipelines to understand the dynamics of fake and political content in a multi-lingual and non-textual setting. 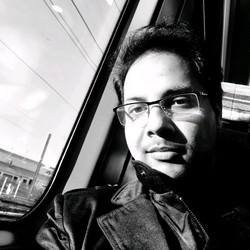 I am a PhD Scholar in Computer Science at King's College London under the supervision of Dr. Nishanth Sastry. My doctoral work focuses on online digital citizen engagement with the UK Parliament. I completed my Bachelor of Engineering (Computer Science and Engineering) from The LNM Institute of Information Technology, India. My professional experiences include an internship at Telefonica I+D (Barcelona, Spain) and with the Neilsen Group. My honours include a “Best research impact” award at the PhD poster competition of King’s College London, NMS and Chairman’s Gold Medal for best all-round performance in graduating class of 2017 (BTech. CSE).